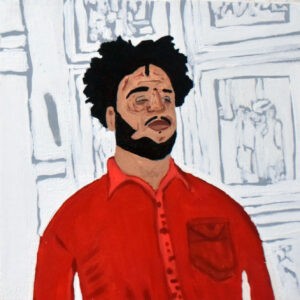 November month on Nahla Ink features the works of the Egyptian artist Ahmed Lesi, to coincide with his first sole exhibition at the Mashrabia Gallery of Contemporary Art in Cairo, Egypt.

A visual artist, Lesi is interested in pop art and describing daily Egyptian life in his paintings from a satirical viewpoint. About his solo show titled ‘Please Enter My Inner Space’, Lesi has provided the following statement, published with kind permission from the gallery. 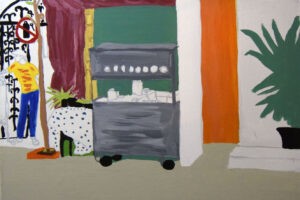 “The place is not the place where I live, but it is the soul of the people I meet, as if it were a real reservoir of thoughts, emotions, and intuition, and I interacted with them to leave a mark or to make them affect me. Gaston Bachelard says: ‘The place that attracts imagination cannot be an apathetic place with its geometrical dimensions, but a place where people have lived not only objectively but with all their personal imagination, which is what attracts us to it’. 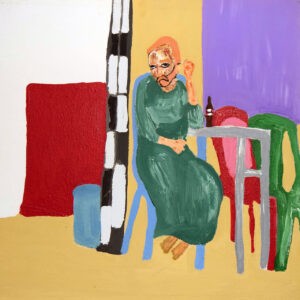 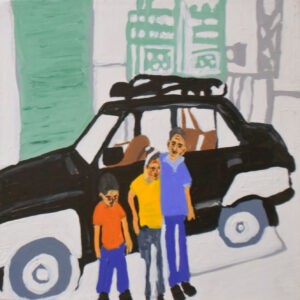 “In this project I took up this concept to create a space that connects me with where I work and the events that affect me during my work.  The scenes that I produced are based upon photographs of social events, which are part of a personal archive of photos that I collected myself, and which directly affected me visually. I worked to reproduce them anew in the form of commemorative paintings, all linked to each other as they are pictures of friends, families, and quasi-familiar spaces of this kind, which occurred in Ard El Lewa. By doing this, I was able to tell my experience or impressions of the place, whose dimensions I deal with the most, in the attempt of highlighting the visual point of view of this place”. 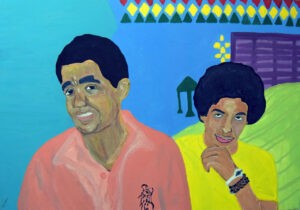 The Mashrabia Gallery is a contemporary art space that was established in Cairo in the mid-1970s. Since the 1990s and under the management of Stefania Angarano, the gallery has played a pioneering role in the diffusion of Plastic Arts through the presentation of non-Egyptian artists in Egypt and the promotion of young Egyptian talents on both the local and the foreign scene.

Breaking with the dominant artistic tradition, the preference for innovative languages free from any decorative components as well as originality and power of the art pieces have always been the criteria for the rigorous selection of the artists and their works. The continuous promotion of established artists and the search for new talents has enabled the creation of a rich and diversified permanent collection. 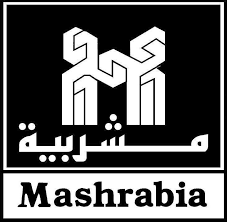 The gallery organises temporary exhibitions on a monthly basis, both at the gallery and in other venues in Egypt and abroad. Acting as a vibrant cultural incubator, the gallery also regularly hosts various artistic performances, lectures and discussions.